Learn more about Impetigo, symptoms and treatment. Treatment information for the Swedish market.

Impetigo is a contagious infection of the exterior skin layers that is most common amongst children between 0-12 years of age. However, Impetigo can also affect adults. Impetigo is common and is caused by streptococcal and/or staphylococcal bacteria.  It is not dangerous to contract impetigo, but it is unpleasant. People contract impetigo either through direct or indirect bodily contact.

Impetigo can be primary or secondary and is clinically assigned to one of two classification forms; non-bullous or bullous impetigo. Primary impetigo can be developed on normal skin, while secondary impetigo develops from already damaged skin, such as a wound, eczema, head lice or scabies infestation. The non-bullous form of impetigo is characterised by the formation of blisters that burst quickly and turn into encrusted, pus-filled wounds. Bullous impetigo means that the skin is affected by blisters that are more long-lasting and normally are an result from prior skin damages.

Non-bullous impetigo is normally caused by staphylococci or group A- streptococci and is characterised by erythema (reddened skin) and the formation of blisters that burst quickly.

Afterwards, a yellow, loosely attached crust forms that have a tendency to ooze honey-coloured fluid. The skin may become inflamed in the area around the crust-covered wound. Non-bullous impetigo is most common on the face, around the nose and mouth, but can also be found on the arms, legs or scalp. Healing does not leave a scar. Fever and other immunosuppressive symptoms are unusual in conjunction with non-bullous impetigo, but local swelling of lymph nodes can occur.

Bullous impetigo is normally caused by staphylococci and is potentially a more serious infection, with pain and fever. Bullous impetigo is less common and is characterised by the formation of blisters (papules) that are long lasting. These papules can reach a size of up to two centimetres and it can go several days before they burst. Once the papules burst the crust that forms normally has sharply defined edges, that are formed by the remains of the papules. Bullous impetigo mainly affects the torso and spreads rapidly to other areas of the skin. This form of impetigo can arise from skin lesions (skin damage such as eczema, psoriasis, wounds, headlice or scabies infestations). This form of impetigo also heals without leaving a scar. 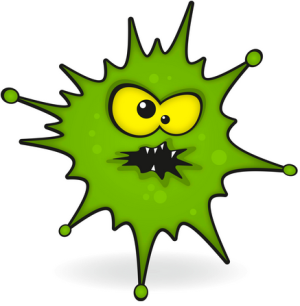 Spread and risk of infection

Microcid® cream contains hydrogen peroxide and is used against Impetigo. Apply 2-3 times per day, or based on need, on the infected area. The treatment should not exceed 3-4 weeks. Avoid contact with the eyes. Contains propylene glycol which might give skin irritation. Read the patient information leaflet carefully before use.